Nationally, at today’s prices and rents, buying would be cheaper than renting until the 30-year fixed rate reaches 10.5%. San Jose has the lowest mortgage rate “tipping point” at 5.2%, followed by San Francisco and Honolulu.

The recent rise in mortgage rates has made buying a house a little more expensive: the increase in the 30-year fixed rate over the past month from 3.4% to 3.9% (Freddie Mac) raised the monthly payment on a $200,000 mortgage by $56, or 6%. However, because mortgage rates are still near long-term lows, and because prices fell so much after the housing bubble burst and remain low relative to rents even after recent price increases, buying is still much cheaper than renting. That means that the recent jump in rates doesn’t change the rent-versus-buy math much.

Rates are likely to keep rising, but how far must rates rise before buying a home starts to look expensive relative to renting? To answer this, we updated our Rent vs. Buy analysis with the latest asking prices and rents from March, April, and May 2013. Following our standard approach, we calculated the cost of buying and renting for identical sets of properties, including maintenance, insurance, taxes, closing costs, down payment, sales proceeds, and, of course, the monthly mortgage payment on a 30-year fixed-rate loan with 20% down and monthly rent. We assume people will stay in their homes for 7 years, deduct their mortgage interest and property tax payments at the 25% tax bracket, and get modest home price appreciation (see the detailed methodology and example here). Here’s what we found:

Each local market, of course, has its own mortgage rate “tipping point” when renting becomes cheaper than buying a home. At 3.9%, buying is cheaper than renting in all of the 100 largest metros, which means the tipping point is above 3.9% everywhere. The tipping point is lowest in San Jose, which would tip in favor of renting if rates reach 5.2%. It’s between 5% and 6% in San Francisco and Honolulu, and between 6% and 7% in New York and Orange County, CA.

Of course, the tipping point also depends on how long you plan to stay in your next home (we assume 7 years) and whether you itemize your deductions (we assume you do). For instance, if you don’t itemize, or if the mortgage interest and property tax deductions were eliminated entirely, buying would still be 29% cheaper than renting at a mortgage rate of 3.9%, and the tipping point when renting becomes cheaper than buying would be 7.5%.

But just because buying is cheaper than renting, it doesn’t mean you can buy. Lots of people who want to buy don’t have the downpayment or can’t get a mortgage. Even people who can swing it financially might not be able to buy right away, before rates rise further, because they might not find the home they want quickly with inventory still so tight.

For people who haven’t yet refinanced – and for people looking to buy – rising rates do make housing more expensive. Rates are now on the rise and are likely to keep rising, thanks to the strengthening economy and the Fed eventually trying less hard to keep rates low. But it will take big rate increases to turn off prospective homebuyers. At today’s prices and rents, rates would have to rise to levels we haven’t seen in 20 years before renting is cheaper than buying a home on average across the country.

Full Article: Call It a Comeback for Risky Home Buyers by: ANNAMARIA ANDRIOTIS 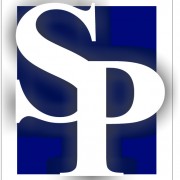 In a bid to drive more traffic to listing brokerage websites, consumers will soon…